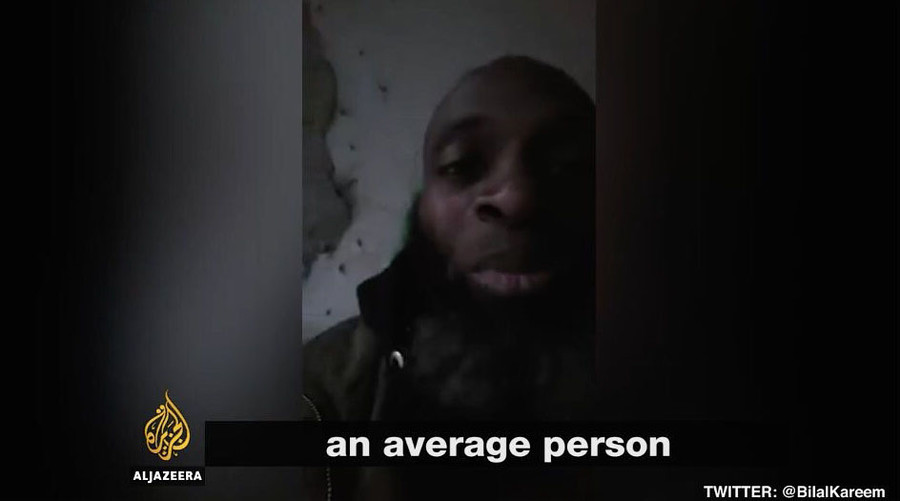 This post looks into the media’s support for the terrorists in east Aleppo during the Syrian/Russian liberation of the city in December 2016. Numerous western media outlets ran with a campaign to convince their respective audiences that the poor terrorists were innocent civilians being killed by murderous Syrian and Russian troops. Nothing could be further from the truth……as highlighted below.

People extensively cited by the Western media last week as saying their last goodbyes from eastern Aleppo appear to be well and still reporting. Among the latest videos, one of the ‘departed’ is showing off a rebel fighter wearing a suicide vest.

Last week (December 2016), as the fighting became intensive for the remaining pockets of insurgent-held areas of eastern Aleppo in Syria, numerous reports in the mainstream media cited activists on the ground. Their message was more or less the same: we are about to die under bombs, so we are saying our last goodbyes.

The 10 days of rebel evacuation from eastern Aleppo is wrapping up, and the journalists and activists appear to have survived quite well the ‘Russian bunker busters’ and other threats they reported.

Al-Jazeera, the terrorist support network in Qatar awards him most popular person accolades……

Here he is praising the lead al-Nusra Front terrorist in Syria – as designated by the US Treasury Department in the article below.

Here are links to just a few of the MSM media outlets that promoted and distributed the above terrorist propaganda campaign material:

21st Century Wire has the real scope on US, western and Gulf State media support for terrorists and the “Last Messages from Aleppo” campaign.

A flood of “final message” tweets and social media posts, allegedly out of Aleppo, are not from mere civilians, but are coming from activists and film makers with spots on prime time TV. The narrative of the Syrian Army and Russian forces killing civilians being pushed by these social media blasts do not match what our reporters are seeing on the ground in Aleppo where liberated civilians are rejoicing in the streets. Is it a coincidence that the social media accounts appear to be coordinating on the spreading of Western propaganda or is it an all out PR campaign?

Social media coming out of Aleppo has gone into overdrive. Well-articulated video pleas alleging near-death snake their way into the mainstream. There’s just one issue: these aren’t just any civilians, but activists and filmmakers – with spots on primetime TV. The narrative is the same each time: that an all-out genocide is taking place; that the Assad forces are going from city to city killing their own people and taking no prisoners; and that Aleppo’s rebels valiantly look death in the face as they endure alleged Russian bombardment.

‘In the Now’ found there’s little to indicate that the people appearing in the mobile videos were actual civilians experiencing the hyped ‘Russian and Syrian shelling.

More at link above…..

A former editor and correspondent of the The New York Times, Michael Cieply describes how the newspaper works:

Quote: It was a shock on arriving at the New York Times in 2004, as the paper’s movie editor, to realize that its editorial dynamic was essentially the reverse. By and large, talented reporters scrambled to match stories with what internally was often called “the narrative.” We were occasionally asked to map a narrative for our various beats a year in advance, square the plan with editors, then generate stories that fit the pre-designated line.

Reality usually had a way of intervening. But I knew one senior reporter who would play solitaire on his computer in the mornings, waiting for his editors to come through with marching orders. Once, in the Los Angeles bureau, I listened to a visiting National staff reporter tell a contact, more or less: “My editor needs someone to say such-and-such, could you say that?”

The bigger shock came on being told, at least twice, by Times editors who were describing the paper’s daily Page One meeting: “We set the agenda for the country in that room.”