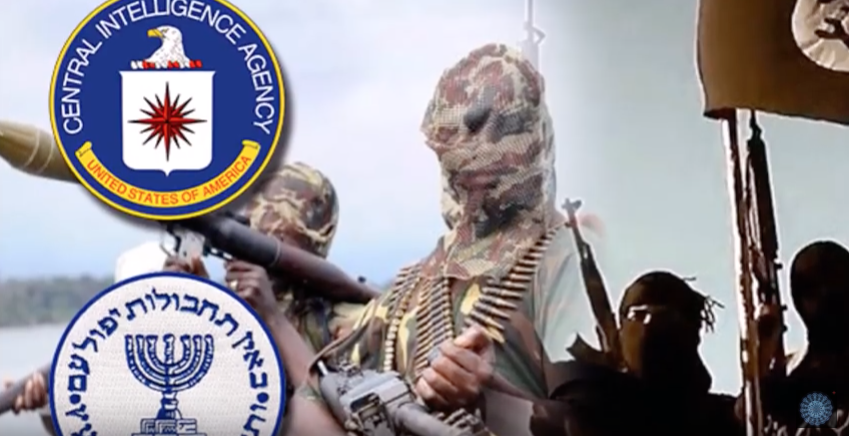 “It’s always useful […] to deal with your enemies in a humane way,” Halevy says.

When pressed on whether he believed the assistance was purely humanitarian Halevy responds, “I didn’t say there’s no tactical [consideration]. I said the main consideration, the immediate consideration is humane.” Another version of the same video is here:

The new documents show that Israel has been doing more than simply treating wounded Syrian civilians in hospitals.

NEW YORK – The Syrian ambassador to the UN has long complained of a Zionist conspiracy working with the Syrian rebels to overthrow President Bashar Assad.

Now, a report from the UN Disengagement Observer Force (UNDOF) reveals that Israel has been working closely with Syrian rebels in the Golan Heights and have kept close contact over the past 18 months. The report was submitted to the UN Security Council at the beginning of the month.

The documents show that Israel has been doing more than simply treating wounded Syrian civilians in hospitals. This and a few past reports have described transfer of unspecified supplies from Israel to the Syrian rebels, and sightings of IDF soldiers meeting with the Syrian opposition east of the green zone, as well as incidents when Israeli soldiers opened up the fence to allow Syrians through who did not appear to be injured.

Saving their sworn enemy: Heartstopping footage shows Israeli commandos rescuing wounded men from Syrian warzone – but WHY are they risking their lives for Islamic militants?

*Elite Israeli troops rescue wounded Syrians from the world’s worst war almost every night
*They have saved more than 2,000 people since 2013, at a cost of 50 million shekels (£8.7million)
*Many are enemies of Israel and some may even be fighters for groups affiliated to Al Qaeda
*MailOnline embedded with Israeli commandos stationed on the border between Israel and Syria
*Dramatic video filmed by MailOnline and the Israeli army shows these operations taking place
*Israel says that the operation is purely humanitarian but analysts believe Israel also has strategic reasons 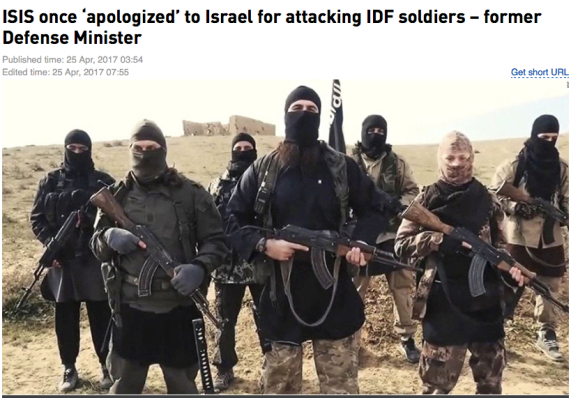 UN Report: Israel in Regular Contact with Syrian Rebels including ISIS
Members of ISIS and Nusra front also have been treated in Israeli hospitals.

A report submitted to the United Nations Security Council by UN observers in the Golan Heights over the past 18 months shows that Israeli Defence Forces (IDF) have been in regular contact with Syrian rebels, including Islamic State (ISIS) militants.

Citing the UN report, Haaretz noted that there have been several instances detailed in the report that shows close ties between Syrian armed rebels and Israeli army.

The Syrian conflict continues to develop into a proxy war, pitting various foreign ‘national interests’ against one another, including US vs. Syria, US vs Iran, Saudi Arabia vs Syria, Qatar vs. Syria, Turkey vs. Kurdistan and Iran vs. Israel – to name only a few.

Upon closer examination, the real truth begins to emerge: that the support network behind Washington’s ‘Moderate Rebels’ and terrorist groups fighting to depose the Assad government in Syria – is an inter-agency network , comprised of many contributing covert intelligence agencies, including the CIA, MI5/6, Mossad, France, NATO, Jordan and Saudi Arabia.

21WIRE reported back in December 2014 and again in January 2015, how the State of Israel has consistently provided both material, medical relief and IDF airstrike support to various terrorist and ‘rebel’ insurgents fighting in Syria.

Excerpt: Israel is secretly supporting Syrian rebels operating near its occupied Golan Heights territory, providing money, food, fuel and medical supplies, according to fighters who claim to receive the aid.

Israel has previously treated wounded Syrian rebels in its hospitals but interviews with rebels conducted by the Wall Street Journal suggest that Israel is directly supporting opponents of Syrian President Bashar al-Assad in the six-year-long civil war.

UN: Israel interacting with rebels on Syrian borderUNDOF peacekeepers detail cooperation between IDF troops and insurgents in the Golan Heights

Reports presented to the United Nations Security Council reveal numerous interactions between Israeli troops and rebel groups on the Israel-Syrian border over the past year and a half.

UN observers in the Golan Heights meticulously detailed instances of contact between IDF soldiers and rebels, including Syrians being sent into Israel for medical treatment, and the transfer of items and containers, according to records maintained by the UN disengagement force in the Golan demilitarized zone.

September 2014 Corbett Report explains clearly who is behind ISIS……..

Hundreds of Syrian White Helmets evacuated to Jordan through Israel