This post is comprised of two main parts featuring two highly enlightening individuals, one from Russia and the other originally from the UK. The first is Russian President Vladimir Putin’s mentor General Konstantin P. Petrov (August 23, 1945 – July 21, 2009), and the 2nd is Dr. Anthony Sutton (February 14, 1925 – June 17, 2002), a British and American economist, historian, and writer of the Hoover Institute. In the following videos, links and screenshots both men will provide excellent analysis of the real origins and connections of the global elite and their relationships to the New World Order.

Shortly before his death, General Petrov explained in a video series why Switzerland, which was directly on the German border, had no standing army and had billions of dollars worth of the world’s gold in the elitist controlled banks, was untouchable by Adolf Hitler. During World War II the Swiss National Bank (SNB) bought gold worth 1,212,600 million Swiss Francs from the German Reichsbank, which was far more than the gold reserves of the Reichsbank had amounted to before the war. The problem was, that much of the gold sold by the German Reichbank was either stolen from national banks in occupied countries, especially Belgium, the Netherlands and Luxembourg, and other gold was stolen from people the Nazis had murdered. It is an undisputed fact that Switzerland’s Federal Government granted generous credits to Germany and Italy under the terms of the clearing agreements and offered them financial privileges during the WW2 period.

Russian General Petrov explains the New World Order, global mafia and totalitarian  similarities in the relationships between the US and USSR.

General Petrov explains the origins of the world Jewry and how the global elite mafia operates behind the veil.

The video directly above on the origins of the world Jewry has been removed from You Tube. I found another copy of the exact same video which was removed:

3rd time I have had to find and post this same video as You Tube censors keep removing it.

General Petrov on the elitist Russian mafia and how Putin deals with it.

Konstantin P. Petrov (August 23, 1945, Noginsk, Moscow Region – July 21, 2009, Moscow) – Soviet and Russian military leader, a Russian social and political activist. Candidate of Technical Sciences. Member of International Informatization Academy. Major-General. Prematurely discharged from the Armed Forces in November 1995. Chairman of the Presidium of the Central Council of the political party “Course of Truth and Unity.” Head of the department at the Udmurt State University.

For further understanding on how the elite played both sides in conflicts in accordance to the Hegelian Dialectic as taught in secret societies at Harvard (Porcellian Club and Fly Club), Yale (Skull and Bones), Oxford (Bullingdon Club) and Cambridge (Apostles Club), I highly recommend the following video series by Dr. Anthony Sutton formerly of The Hoover Institute. I find video 2 in the series to be the most revealing regarding the real hands supporting Hitler in WW2.

A classic interview by Professor Antony Sutton, who taught economics at California State University, and was a research fellow at Stanford University’s Hoover Institution.
In this talk, Prof. Sutton goes into his impeccable research on how a close-knit group of Western financiers and industrialists (centered around Morgan and Rockefeller in the US, and around Milner and the City financiers, in the UK) created and sustained their three supposed enemies right from the very beginning: Soviet Russia, Nazi Germany, and FDR’s Fabian socialism.

Particularly, he goes into how Wall Street/City of London financiers used their banking institutions and their industrial enterprises to:

1) Help finance and sustain the Bolshevik Revolution. Build up Soviet industry during Lenin’s Five-Year Plans, both through finance, technology/industrial transfers and technical assistance. Continue to build the Soviets throughout the entire Cold War, through the same kinds of deals. This included the Korea and the Vietnam eras, during which American troops were being killed by… Western-made Soviet equipment.

2) Build up Nazi Germany, both financially and industrially;

3) Get FDR into power in America as their man, and even draw up the New Deal policies, especially FDR’s National Recovery Act — designed by Gerard Swopes of General Electric and deeply welcomed by Wall Streeters Morgan, Warburg and Rockefeller.

Sutton was not a wild speculator. He was a distinguished academic researcher who documented his conclusions impeccably in his several works. Not being able to counter his research, the establishment (including academia) simply attempts to ignore it, and pretend it isn’t there.

The purpose for these Wall Street policies was very simple: to create, and globalize, what Sutton calls Corporate Socialism. A system under which everything in society is ruled by the state, and the state is, in its stead, controlled by financiers who, hence, get to rule and manage society, to their liking. In other words, to get society to work for the financiers, using a socialist state as an intermediary.

This is what we now know as the globalization economic model. As a result of all the clashes of the 20th century, most notably WWII and the Cold War (fought between powers that were manipulated and controlled by these banker cliques), the world has been ‘globalized’. Meaning that it has been entirely taken over by these financiers, and is ever closer to being completely ruled by them, through not only the national states and national central banking systems, but mainly through supranational agencies and institutions. Bear in mind, these are not good men……their intentions are self serving and evil. Dr. Sutton’s research shows clearly that the people that run the world are indeed……the dregs of humanity.

Ukraine is Not The First Time The US Has Financed A Nazi Regime- Dr. Anthony Sutton of the Hoover Institution

Dr. Anthony Sutton, the world’s leading expert on Yale’s Skull and Bones explains the secret society of which a number of US presidents and prominent political and corporate elitists have been members. In the video below, Dr. Sutton explains the use of the Hegelian Dialectic by the global elite in order to foment wars and chaos throughout the globe so as to maintain their power over all humanity and create a New World Order.

Additionally supporting the theory that the global elite supported the Nazis, there is extensive evidence that the government of the United Kingdom repatriated 8,570 Waffen SS soldiers from the Ukrainian Galicia Division after WW2. Below evidence is provided that this very same Galician SS Division killed over 100,000 Poles and Jews at Volhynia and Eastern Galicia. 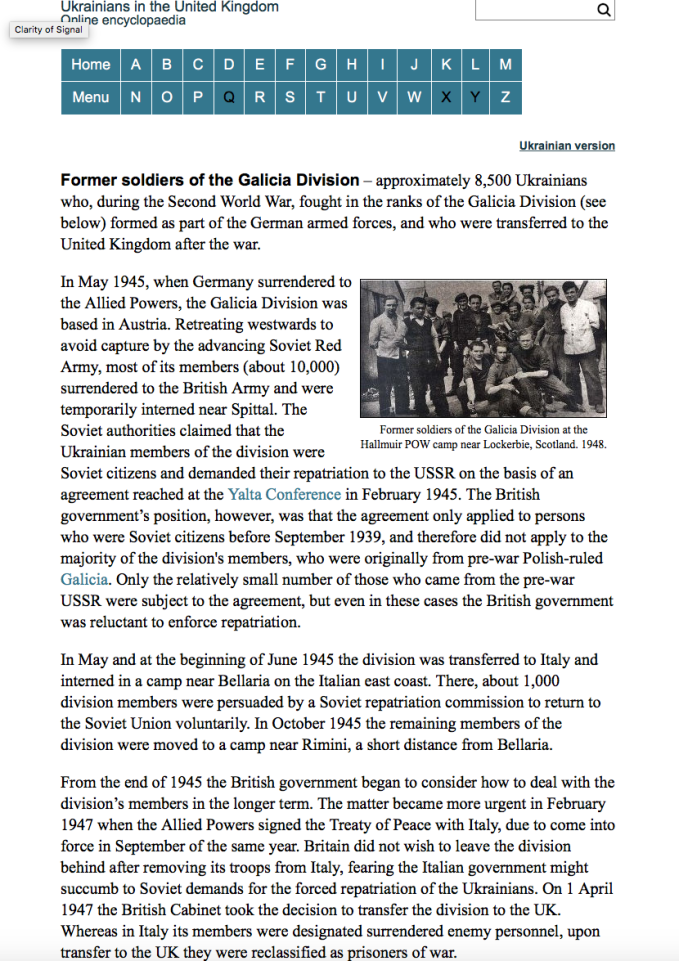 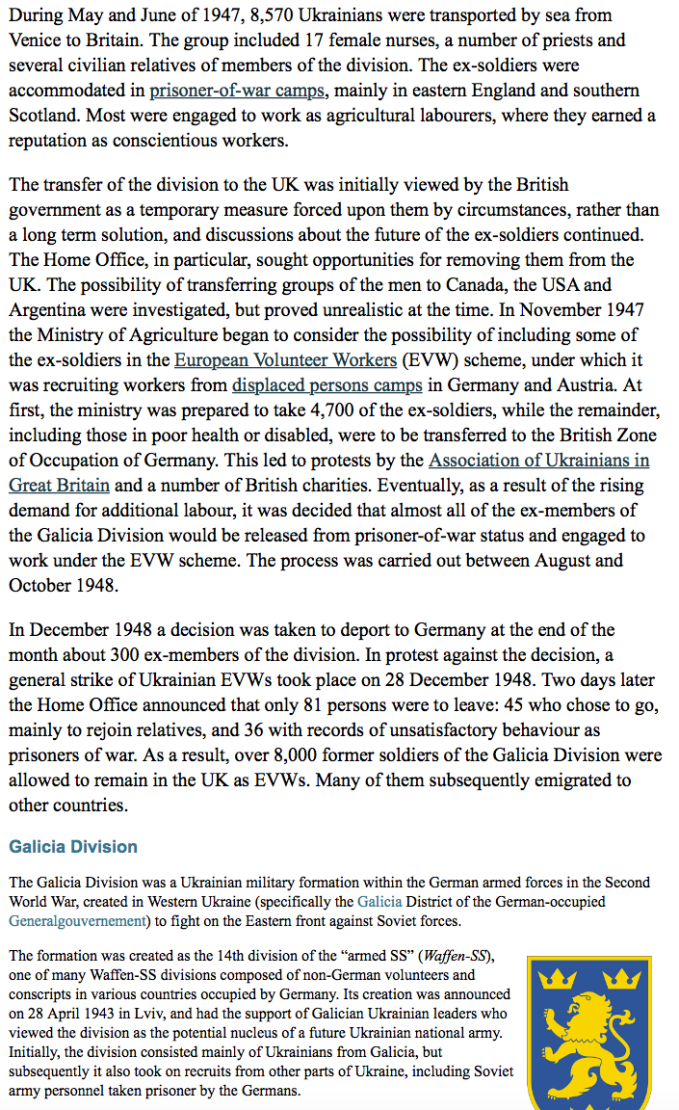 Link to Wikipedia page revealing their crimes. It is noteable that current (2017) pro-Ukraine academics such as Timothy Snyder try to play down the role of the Ukrainian Waffen SS at the Wikipedia link, but alas, their warcrimes are quite well documented. Thus, the questions should be asked “Why did the UK government provide complete sanctuary to an entire Waffen SS Division after the war?” “Who specifically authorized the transfer and why?”

Wikipedia link- Massacres of Poles in Volhynia and Eastern Galicia 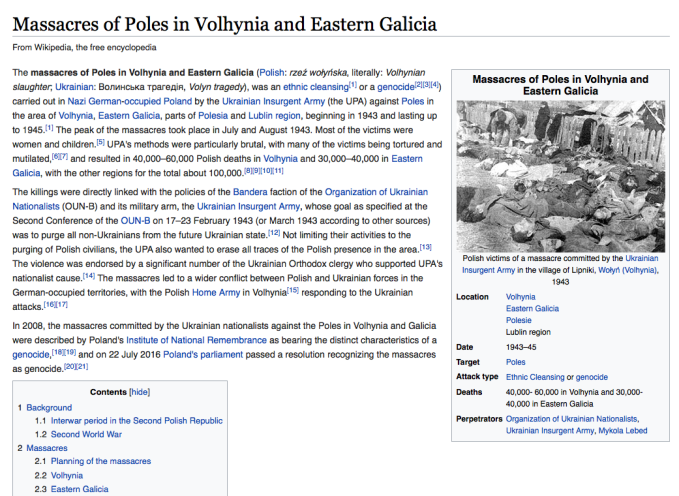 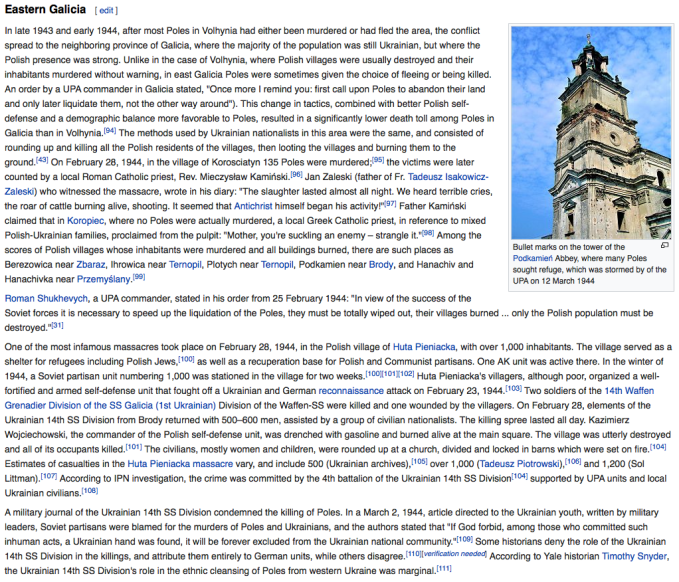 Massacre of Poles in Volhynia and Eastern Galicia 1943-1944

For those that are trying the wrap their heads around the origins of the US global elite…..

linked below is a must read on Skull and Bones and the US elite that went into government, banking, universities, think tanks, major industries, media, etc.  Dr. Anthony Sutton (now deceased) who had extensive insider connections and explains thoroughly how the whole system was set up in this text, as well as in his video series.

This is the real story on Skull and Bones, the Russell Trust, the Harriman Brown connections to Prescott Bush, how the US university system was manipulated to their advantage, their expansion into academics, government, think tanks and other institutions. It provides a picture of how we end up where we are today with places like John Hopkins University and characters like Carl Gershman using the NED and USAID to secretly fund and create chaotic regime change wars.

America’s Secret Establishment: An Introduction to the Order of Skull & Bones – By Dr. Anthony Sutton

The following screenshots are from the rare research work above by Dr. Anthony Sutton 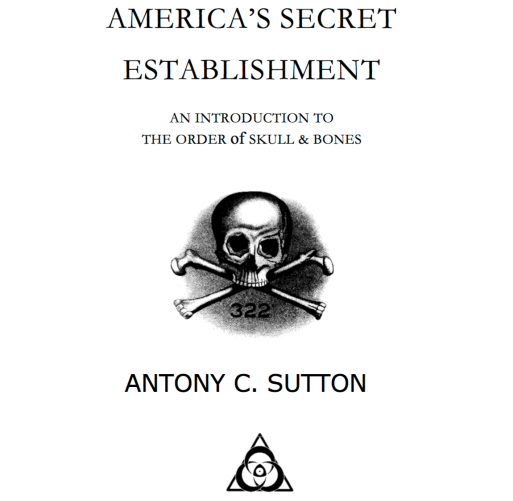 Proof of US firms collaborating with Brown Borthers Harriman which became one of the  most powerful firms in Nazi Germany. 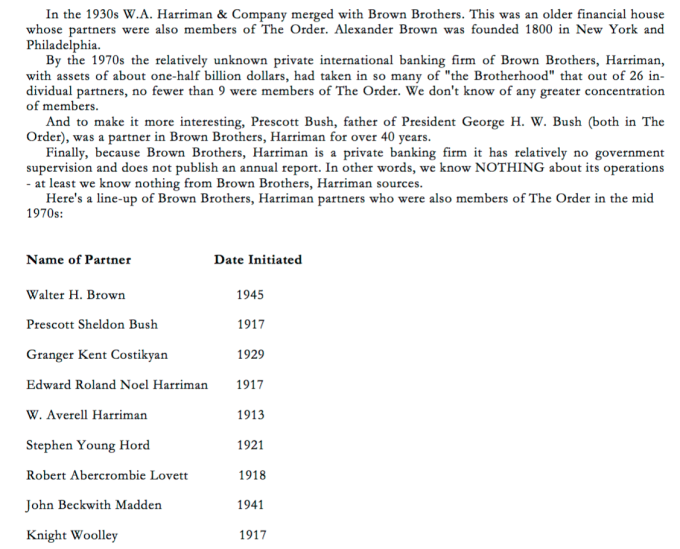 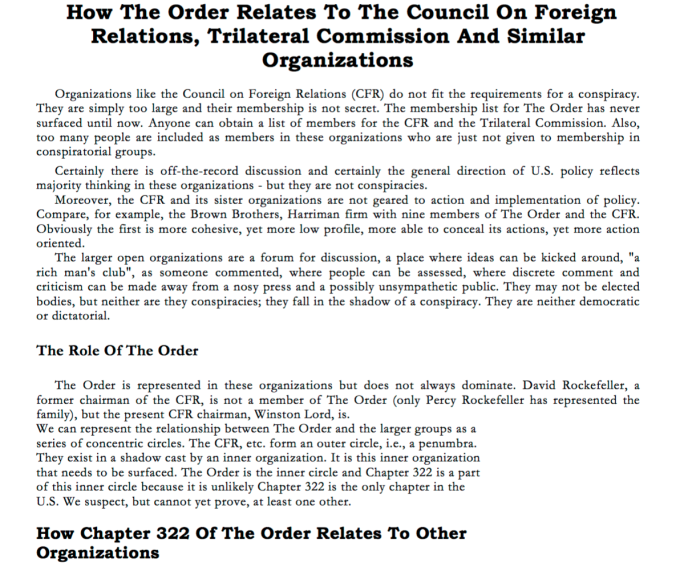 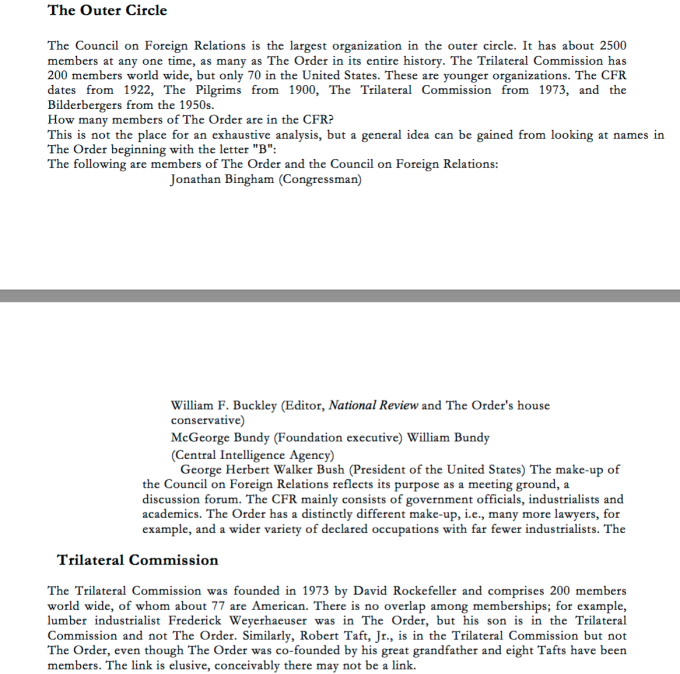 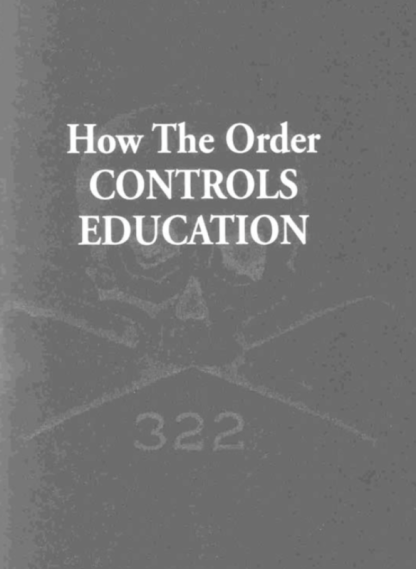 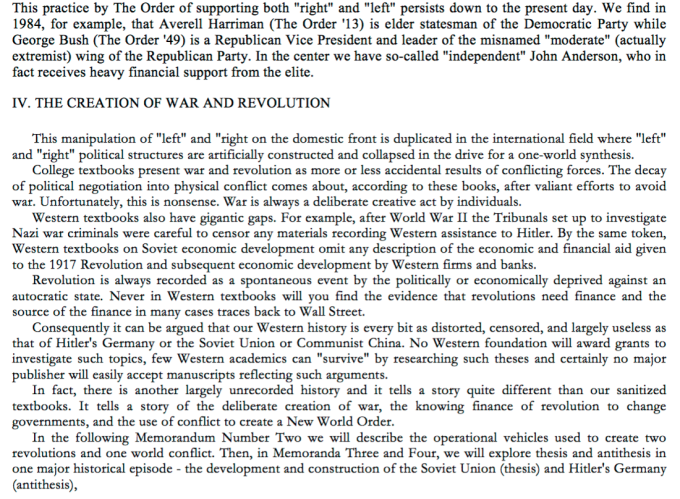 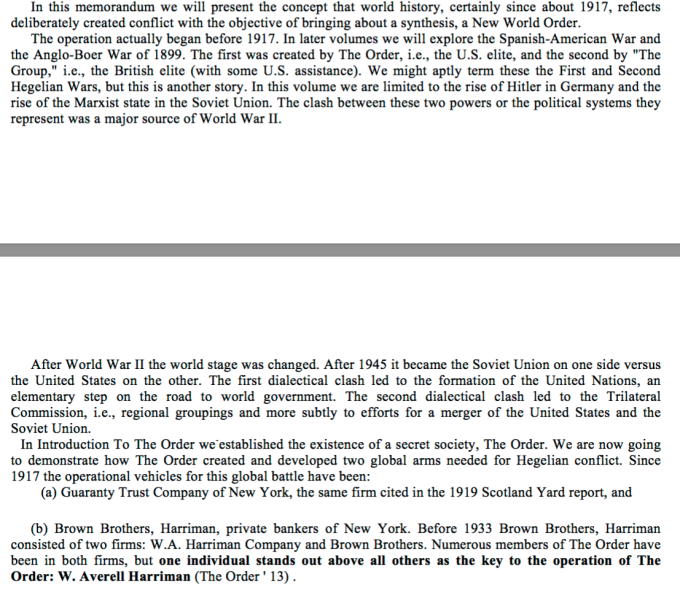 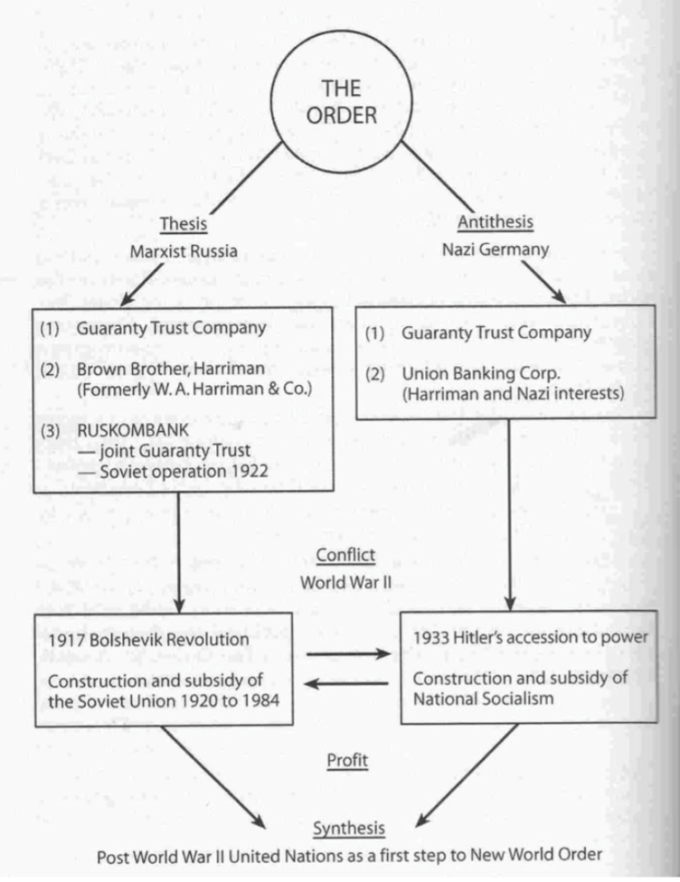 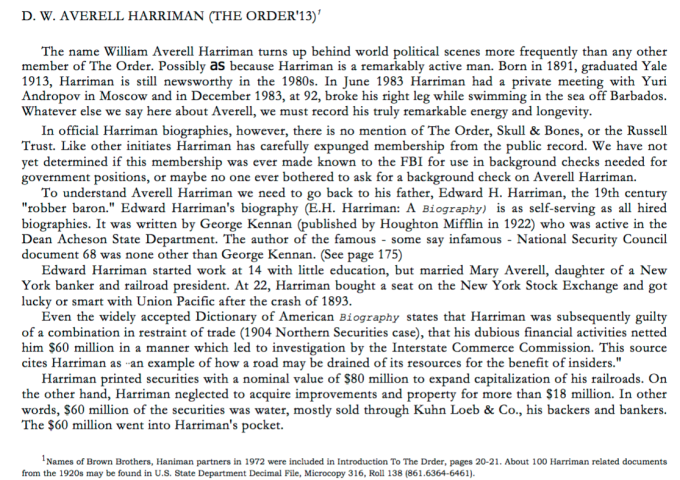 Please see my other Clarity of Signal post on Paul Warburg who was a Rothschild representative that worked for Kuhn Loeb &Co banking.

The Rothschild’s representative at 1913 Federal Reserve, the CFR,+ I.G. Farben

Paul Warburg was probably the most important person at the 1913 Federal Reserve establishment meeting on Jekyll Island because of his knowledge of banking as it was practiced in Europe. He was a partner in Kuhn, Loeb & Company and was a representative of the Rothschild banking dynasty in England and France where he maintained a very close working relationships throughout his entire career with his brother, Max Warburg, who was the head of the Warburg banking consortium in Germany and the Netherlands. He was also one of the wealthiest men in the world at the time.

He also called for and attended the founding of the Council on Foreign Relations in 1921. The CFR being another tool of the global elite used to oversee US foreign policy.

Wikipedia currently suffices fine for the low down on Warburg.

Paul Warburg was the man who led the creation of the US Federal Reserve and the Council on Foreign Relations and also was the chairman and director of American I.G., the US branch of I.G. Farben, the same I.G. Farben that supplied the Zyklon B gas for gas chambers and fueled the German war machine in WW2.

End except – please see the link above for more detail information on Paul Warburg’s dealings. 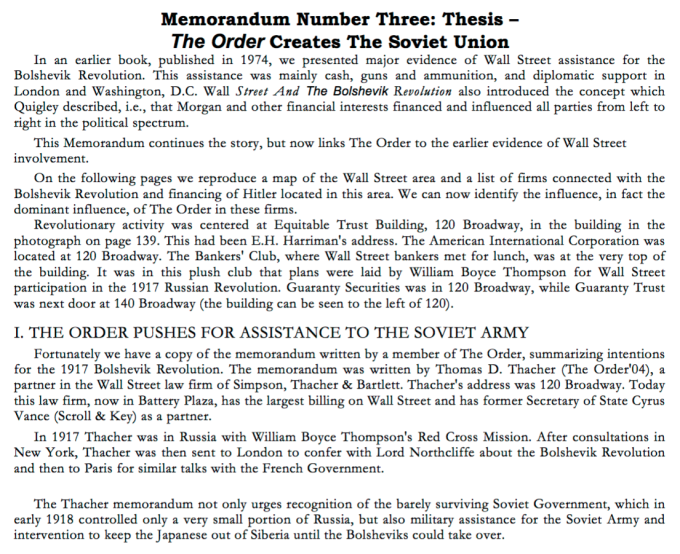 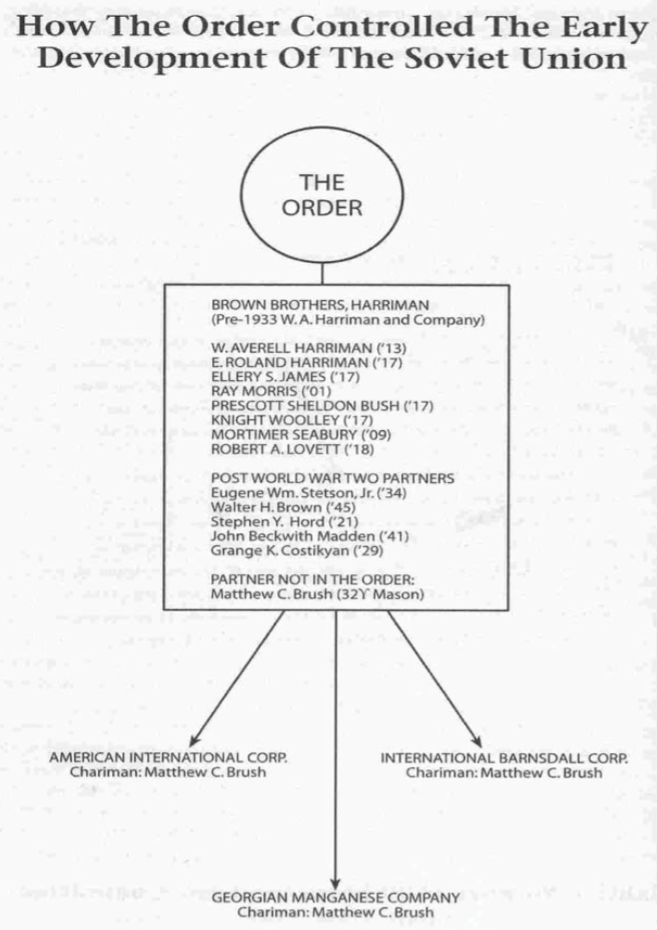 Fritz Thyssen and the Financing of the Nazis 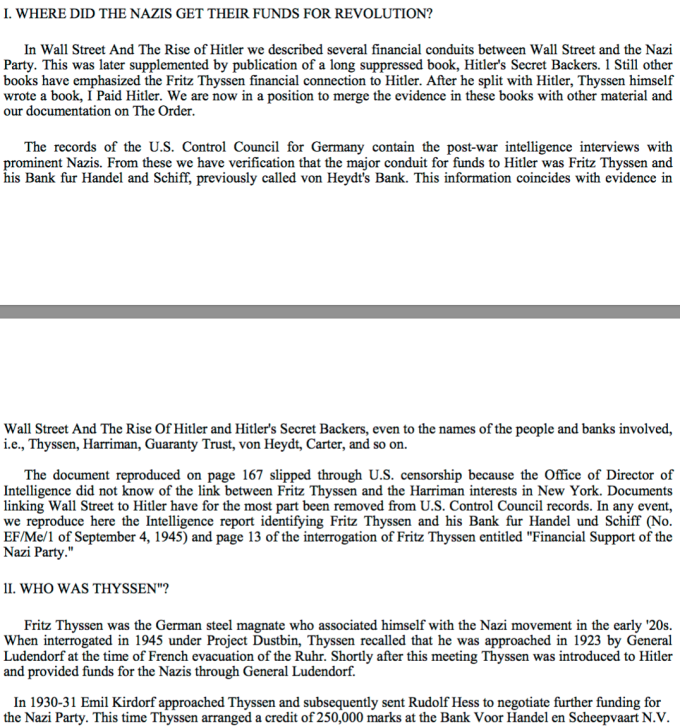 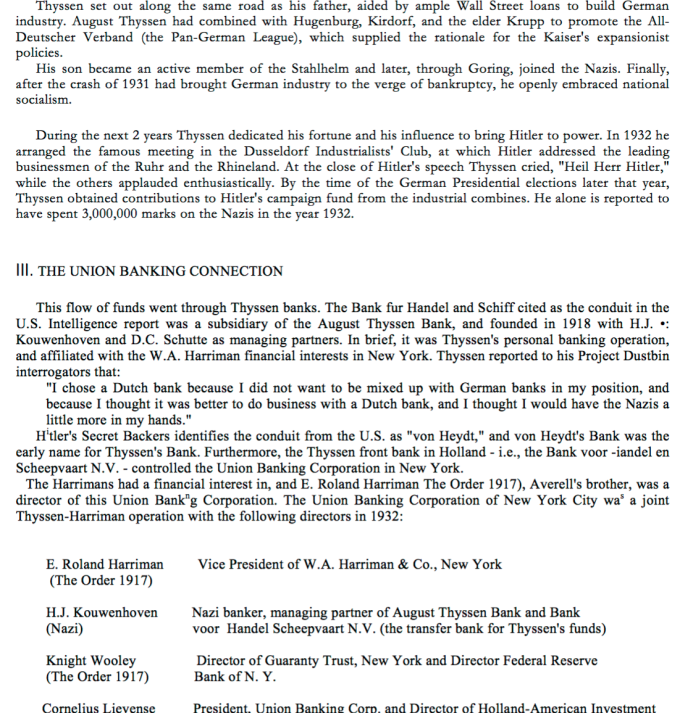 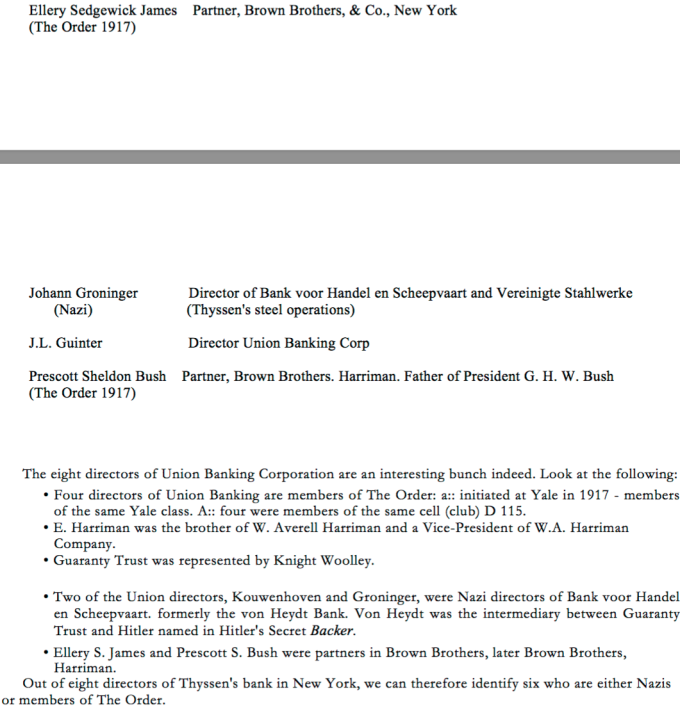 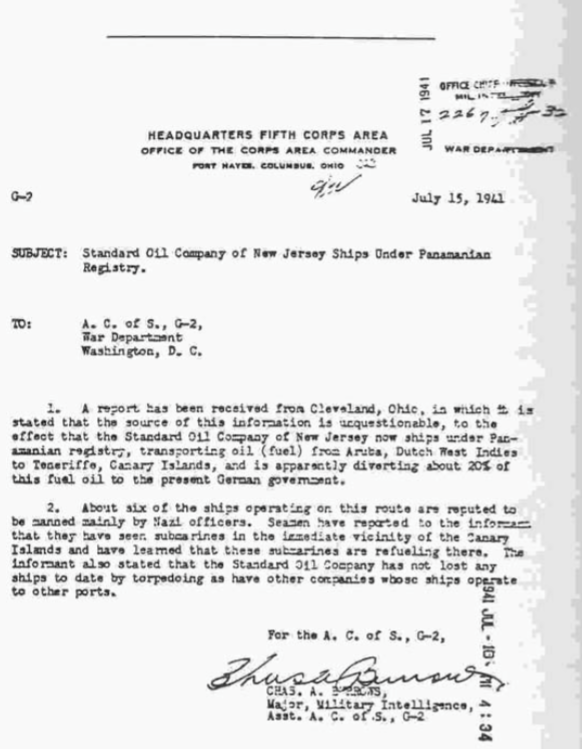 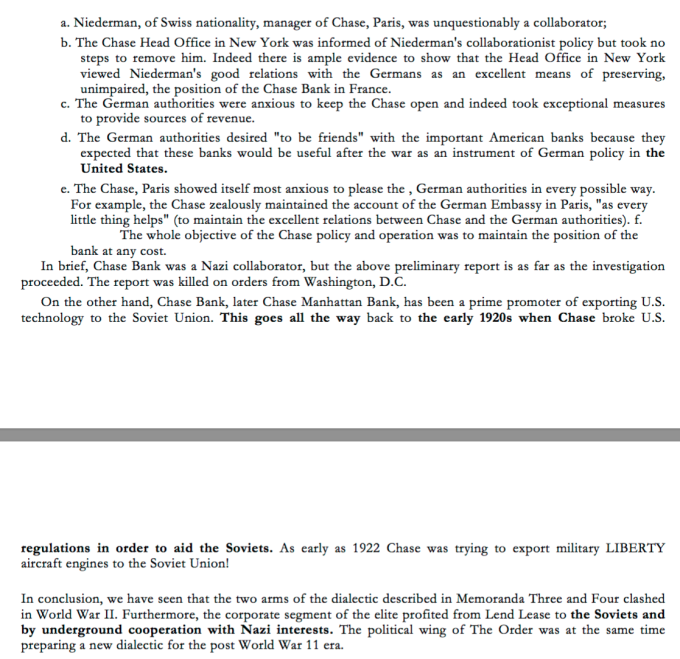 Alas, enough screenshots for now…….you get the picture……..the rest I will leave up to your own inquiring mind and desire to utilize Dr. Sutton’s impeccable research at the rarely seen or visited link above. There is plenty more there for those that are wanting to know more, including the possibility that Hitler never died in the bunker, but escaped instead to Argentina with the aid of his elitist masters.

Additional informative links on US and UK governments and firms that financed and worked with the German state/I.G. Farben –

The Jewish Hand in the World Wars The hidden movers behind politicians, high finance, and world conflict

Archived old video from Russian channel discusses the story of the death of Hitler:

This information has been buried for way too long and needs to be seen by the people of the world. Please share it widely so more people come to know who really rules over us……. and sets us against each other…….. so that THEY may profit.